For 16 years and counting, Willem Baars has been in charge of JFK. In his monthly column for Modefabriek.nl, the editor-in-chief of the internationally acclaimed men’s magazine invites you into his world.

The adage of ‘money doesn't buy taste’ was proved once again by one of the stars of The Sky is the Limit, a recent Dutch television programme exploring the lives of the ‘happy few’. All the money in the world, but Dolce & Gabbana clothes and Dior shoes unfortunately don’t give you instant style. On the contrary, such attempts can sometimes totally backfire and stick out like a sore thumb. But why? You’ve either got it, or you haven’t. Natural charisma is perhaps even more important than what you wear.

And Bryan Ferry is the living proof. An undeniable king of style. Since the heady days of 1972, when his band Roxy Music took the music world by storm with their eponymous LP. It wasn’t only the music, but especially the band’s extravagant glam look, which made such an impression. In the early seventies, glam rock was the hippest and most innovative pop music genus around – partly on the back of David Bowie, whose The Rise and Fall of Ziggy Stardust was also released in 1972.

'Bryan Ferry just has it; he breathes style'

Music and image were linked like never before. Glam rock musicians rocked an androgynous look with plenty of glitter and glamour, and of course make-up. Looking back on Bryan Ferry’s glam outfits, it’s hard not to conclude that they were all rather over the top and clownish. But also that he had an eye for detail. And however bizarre the outfits and that odd quiff may have been, he looked the part. Bryan Ferry just has it; he breathes style, can handle a lot, and can get away with almost every look. Most probably thanks to his aristocratic charm. With his indisputably fair face, and always well-managed jet-black coiffure. 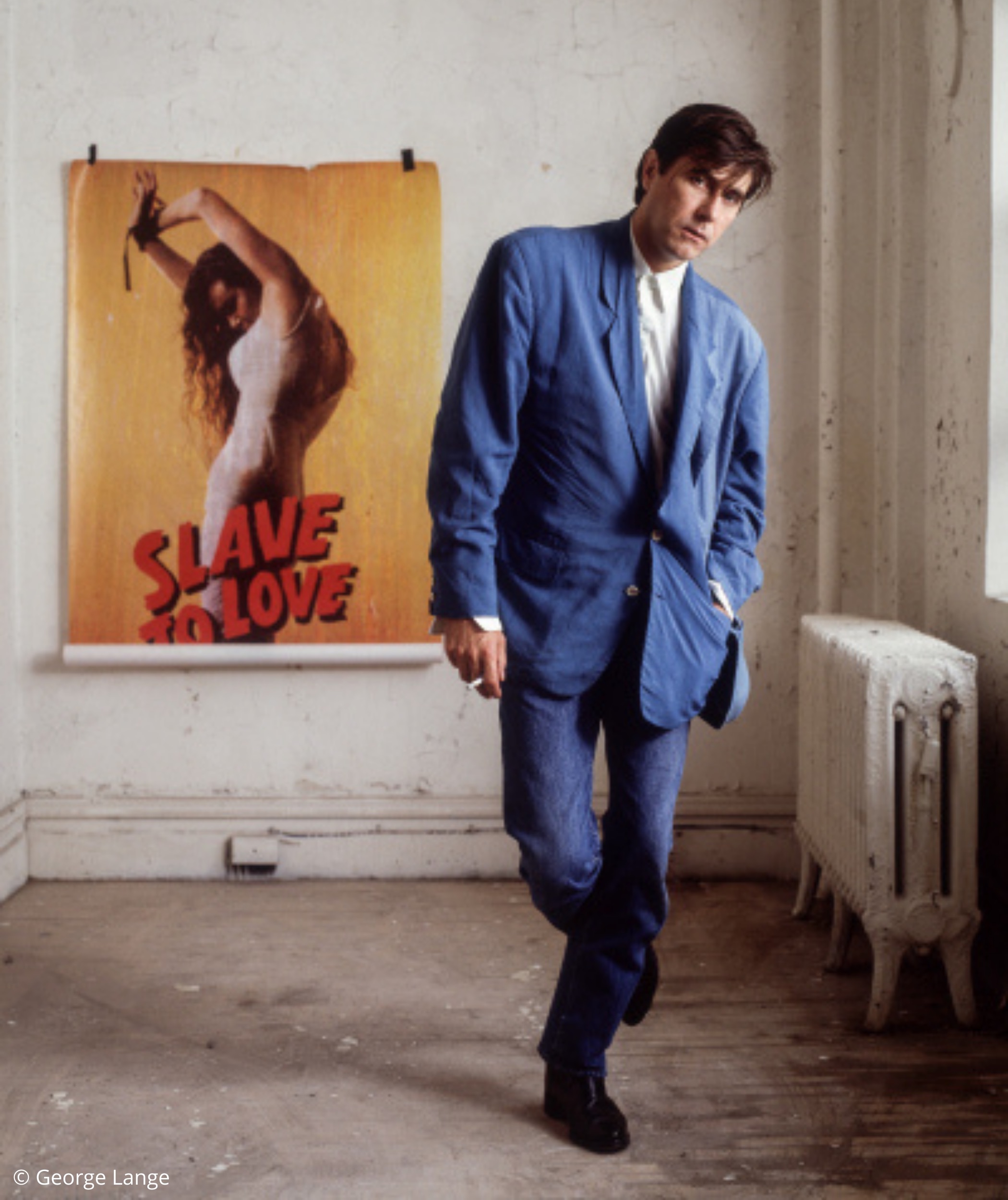 If you ask me, what also makes Bryan Ferry special is the fact that he dresses his age, but with guts, and the occasional twist. That’s exactly what he’s always done over the years. And that glam style? Perhaps we should just put that down to wild oats. He was only 25. He’s now 75, and his sense of style hasn’t waned. Ferry knows his classics. He likes classic bespoke suits (although he prefers a comfortable prêt-à-porter suit) and Lanvin was his favourite designer brand for a long while (when Lucas Ossendrijver was still responsible for the men’s collections), which explains his fondness of knockout fabrics and not-too-tightly-cut suits.

Ferry does prefer high-quality, handmade shirts, which he buys in London, or at Charvet in Paris. Ferry: ‘I would rather have one great shirt than 12 that aren't so great’. This shows that Bryan Ferry is also a perfectionist. He was born with good taste, but his vain streak means he can spend hours in front of a mirror to create the perfect look. Ferry is also no stranger to ties and bow ties. In a suit and tie, he is still every inch the pop star. Does anyone even come close? Even approaching 80, he still looks youthful and fashionable. As only he can.

'Some people simply have style'. That’s just the way it is.

Curious about the brands in our B2B-Marketplace?