The coronavirus crisis has had a huge impact on the fashion industry, and fashion houses are being forced to reconsider the traditional system. A large group of designers wants the traditional fashion calendar to change, while others are keen to stick with tradition. Will the fashion world do away with the existing, confusing fashion cycle and create space for two main collections a year, with a more natural timing for both storekeepers and consumers?

The high velocity of the fashion industry has meant that it has never before been possible for fashion houses to drastically change direction. However, the coronavirus crisis is showing things in a different light. Designer Dries van Noten heads a large group of fashion professionals who, in an open letter, argue in favour of a new fashion calendar with less collections, which are supplied in the corresponding seasons.

The same is true of Rewiring Fashion. In this initiative, several fashion giants – including Isabel Marant and Missoni – demand a new fashion calendar (you can find their proposal here), reimagined fashion shows and an end to early and excessive sales. Large fashion houses such as Saint Laurent and Gucci have decided to say farewell to the current fashion week calendar, and Gucci announced that it will be reducing its collections to two per year. 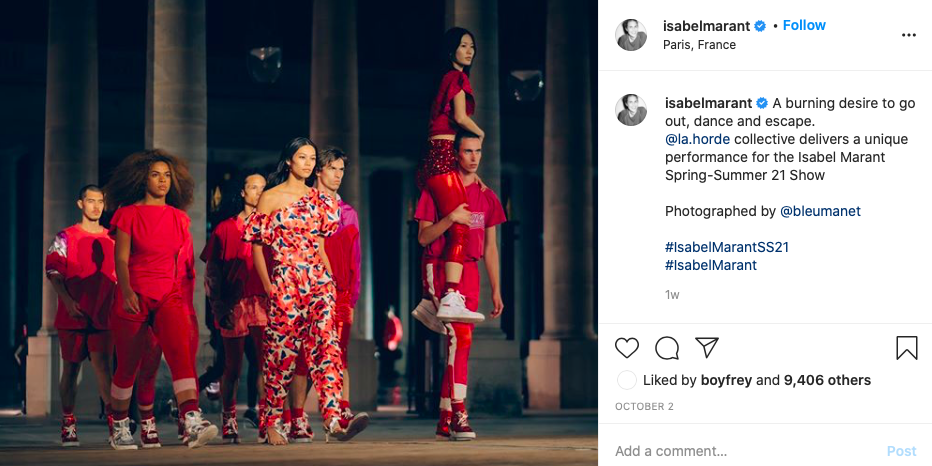 Autumn/winter collections are presented in February and are available in July – the spring shows are held in September, and these collections hit the stores in January. This means that spring dresses become available when it’s freezing outside, and winter clothing is often sold when it’s balmy. By the time that collections align with what consumers are after, they have been in stores for months, and are already significantly discounted.

If the collections were to be supplied in the correct seasons, storekeepers would benefit from less frequently having to prematurely create space for new collections, meaning they would no longer be forced to hold early sales, and margins wouldn’t drop unnecessarily. If this new fashion calendar actually goes ahead, it would also be a giant leap towards a more sustainable industry. Fewer collections would be produced, meaning less wastage, and fewer physical shows would be held, meaning fashion professionals could cut back on their travel.

‘Right now, spring dresses are often available when it’s freezing outside, and winter clothing is often sold when it’s balmy’. 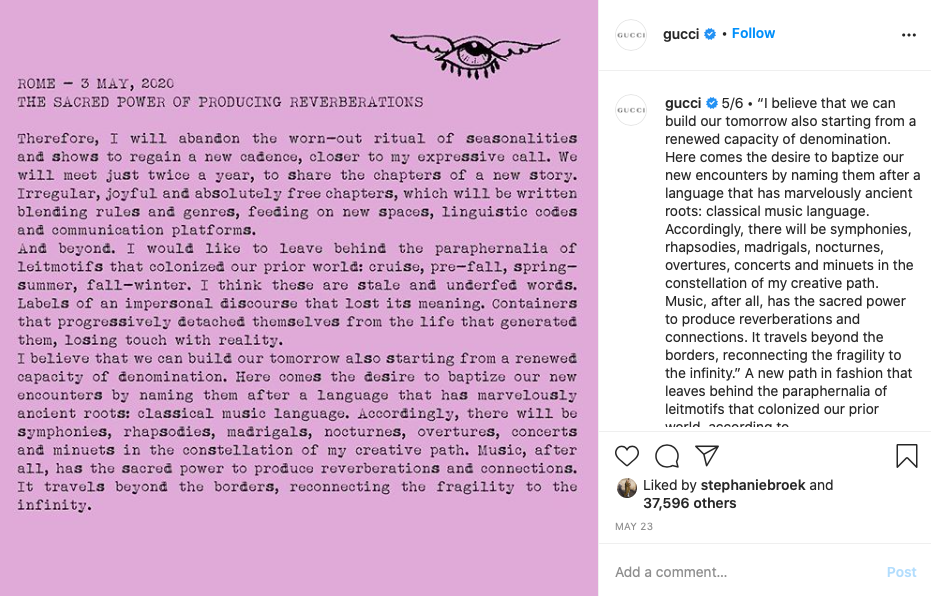 Most of the fashion houses involved in these initiatives are smaller and independent labels. It is as yet unclear whether the proposed aims can be achieved without the support of the industry’s biggest names. Fashion houses such as Dior and Prada have yet to officially comment on the subject, and Chanel would even like to see the traditional system remain in place. Bruno Pavlovsky, Chanel’s president of fashion, has said that they will stick to six collections a year, because they ‘believe it’s what our customers want to see’.

These initiatives initially focus on luxury fashion houses, but if they are successful, they could potentially trickle into the wider retail market. This would result in a momentous change to the fashion mindset, with clothing being treated as a more sustainable product with less of a link to changing trends. This change could also allow both storekeepers and consumers to have their first ever experience of a humane fashion cycle, in which winter jackets can be sold when it’s freezing outside, and summer dresses when the mercury rises.